The EMO Hannover 2017 concluded last Saturday with the largest attendance of exhibitors and visitors ever registered. The sales team and board of directors of Maquinser moved to the event along with our attending represented brands, whick took the opportunity given by the event to present their last innovations.

As in the case of Matsuura, who presented its new model of vertical maching center, the VX-660, a highly competitive machine in the current market. The VX-660 features a 550mm Y axis stroke, considerably higher than the machines of its range. The 15.000 min-1 Original Maxia Spindle is capable of dealing with all the necessary machining applications. Many of the specifiations, which were optional in other models, are standard in the new VX-660, such as the chip conveyor, the cleaning gun, the chip flushing, the air blow for chips removal..

Biglia presented its new bar turning center, with modular design and a large range of applications and production solutions; from universal turning to complete machining of complex workpieces. The universal lathe B620 will be available by mid 2018, in 5 versions with bar capacity of 51mm and 70mm.

Datron gave demostrations of its Software Datron NEXT, similar to the software of a Smartphone, which facilitates the handling of their machines, thus speeding up the work of the operators and increasing the production capacity. 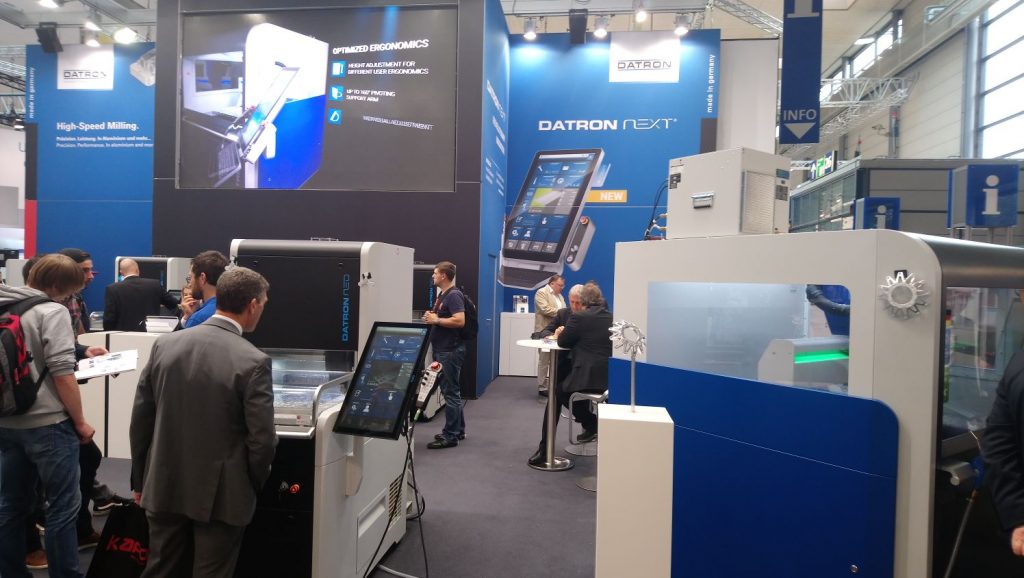 The Maquinser Team was delighted to collaborate for the first time and within such an important exhibition as the EMO Hannover 2017, with the Brand Precision Tsugami. The Japanese company showed a wide variety of its products intended for turning with sliding headstock.

*Photo gallery of represented brands of Maquinser Spain and Portugal at the EMO Hannover 2017.